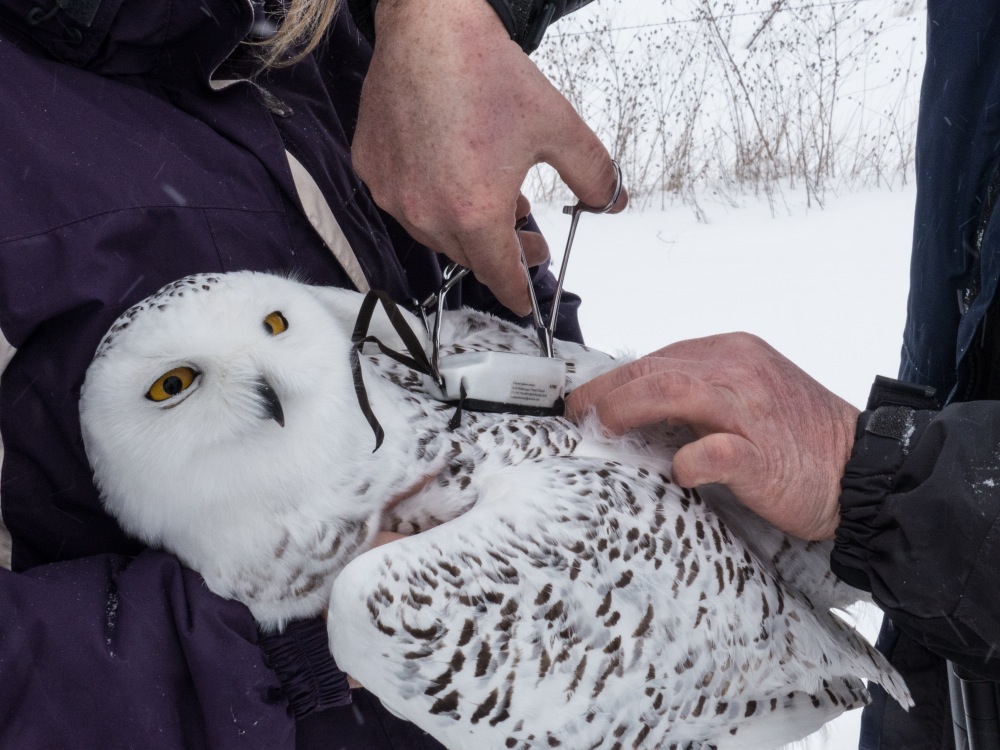 In many ways, Project SNOWStorm was born in Wisconsin; not in 2013-‘14, but in the winter of 1960-‘61. That winter, there was a similar irruption of Snowy Owls into Wisconsin that inspired Fran Hamerstrom, then president of WSO, and a group of adventuresome raptor banders to conduct “Operation Snowy Owl.” That was the first coordinated effort to study the winter irruption and subsequent distribution of Snowy Owls on a regional scale. Back then, information traveled much more slowly than today, relying on letters and phone calls. Documenting 162 Snowy Owl observations across Wisconsin in a single winter was no small accomplishment.

Project SNOWstorm is simply a modern day reincarnation of Operation Snowy Owl on a much wider scale, using nearly instantaneous methods of communication and cutting edge 21st century tracking technology. While it was somewhat coincidental that the second Snowy Owl fitted with a GPS-GSM transmitter was named “Buena Vista,” it was very appropriate for it to be an owl from the heart of Wisconsin’s Prairie Chicken range, and only a few miles from the Hamerstroms’ old home. WSO, the Natural Resources Foundation of Wisconsin and an anonymous donor stepped up to sponsor three transmitters last winter, continuing the long tradition of Badger State interest and support for volunteer research into the winter habits of this charismatic Arctic visitor.

During the winter of 2013-‘14, four Snowy Owls were marked in Wisconsin: “Buena Vista,” “Freedom,” “Kewaunee” and “Marshfield.” Even though none of these four owls are known to have returned yet this winter (unlike several others tagged in Pennsylvania and Massachusetts), we learned a lot from them last year. A map accompanies this article, but you can visit Project SNOWstorm’s website to look at these tracks in more detail. The map shows the extent of their wanderings, including the northbound tracks of “Kewaunee” and “Marshfield” as last year’s long winter was loosening its grip on Wisconsin. These two owls and their high tech transmitters, along with others that we monitored as the owls migrated north across the eastern U.S., will provide ground-breaking information, including the elevation at which Snowy Owls migrate. This data was not previously available and can be valuable for conservation decision-making, such as evaluating the potential impacts of wind turbines. 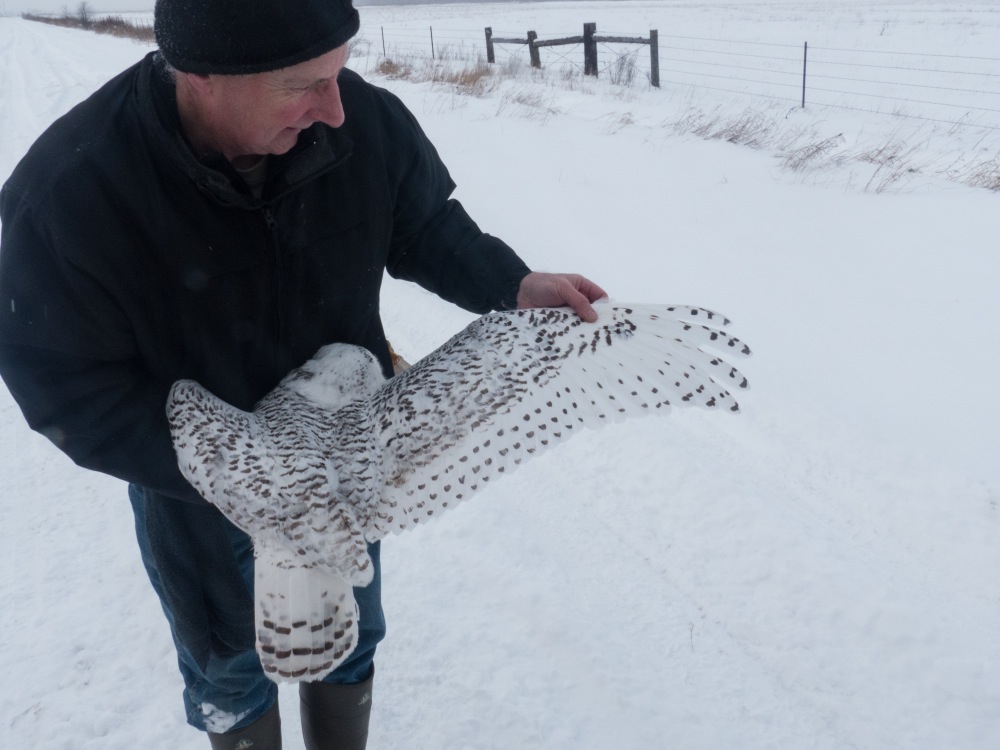 Last winter, we tagged a total of 22 Snowy Owls with GPS/GSM transmitters, some of which are now returning from the Arctic. By the third week of January we had heard from Century, Erie and Millcreek as they returned to winter in the U.S. To see where they spent their summer, go to the Project SNOWstorm website and browse their maps. This winter we are again working with a dedicated team of more than 30 volunteer researchers to tag an additional sample of Snowy Owls. While this year’s irruption is only about half the magnitude of last year’s (and focused more on Wisconsin and the western Great Lakes), we plan to tag at least 10 new owls (more, if funding permits). Like last year, we are looking to mark owls in a range of habitats to gain the best possible sense of how these owls move and behave.

Our Wisconsin co-operator, Gene Jacobs, director of the Linwood Springs Research Station, is working on deploying transmitters on at least two Snowy Owls. He hopes to mark one in either the sand plains south of Stevens Point (perhaps again at the Buena Vista Wildlife Management Area, or perhaps over near Green Bay where Kewaunee spent time as he migrated north last spring. The Madison Audubon Society is sponsoring a transmitter to be placed on an owl that will be trapped and banded in its Goose Pond Sanctuary area near Arlington. And, if time and funding permit, Jacobs may fit additional owls with GPS-GSM transmitters.

Over last summer and early fall, before this winter’s class of new owls began arriving, Project SNOWstorm volunteers worked to analyze data collected last winter and to communicate what we’ve learned. Feathers collected by the banders are being analyzed to see what can be learned from stable isotopes and genetic material. Finally, and most important, a big thanks to all of Project SNOWstorm’s supporters in Wisconsin.